Bringing the heat to mid Winter!

Join us for a night celebrating all that is Tropical Pressure with a carnival party like no other! Doors open early 6.00pm and goes on till 3am so we can squeeze in a world class line up of bands and DJs for you to enjoy! Tickets £18 pp – Over 18’s Only – 6am till 3am.

A deep psychedelic, groove-heavy meeting between Moroccan Gnawa master Simo Lagnawi, Italian/English drummer Dave De Rose and four musical brothers; Henry, Oliver, Nathaniel and Barnaby Keen from Dorset. Traditional songs about colourful spirits, mysterious women, men that divide oceans and armies of conquerors weave themselves among enormous infectious grooves, analogue effects and warped guitars. The best music takes you away. It reconnects, and renews. It has a vibe born in the ancient culture of immediate creation, a heightened state summoned by the shapes of psychedelia and the echoes of Jamaican dub, by the cyclical trance of electronic music and the transformations of jazz. By the hypnotic pulse of Moroccan Gnawa music, a North African tradition with healing at its core and roots reaching further down into the Motherland. All of which and more swirl inside the music of Electric Jalaba: six musicians with an empathy that feels telepathic, and a groove that immerses and dazzles. In Arabic, the mother tongue of Moroccan-born singer and guimbri player Simo Lagnawi, a leading practitioner of Gnawa music in Britain, they call this subcurrent, this indefinable quality, ‘el hal’. The feeling. “It’s the feeling that comes when we’re grabbed by the music and lost in the groove,” says producer and bassist Olly Keen.

We are very excited to welcome Village Cuts, a dynamic DJ duo from London, exploring a blend of African, Latin, Caribbean, and UK underground dance music.

Plus a full line up of Tropical Pressure DJs including Sir Vinyl, Miss FiFi, Countryman, Bobby Soul and Arnies Analogue Valve Amp Soundsystem, Spread across two venues jam packed from the top to the very last drop! It’s gonna be a dancefloor workout!

Wilder Allotment Kitchen will be serving a delicious South Indian Thali from 6.00pm to 9pm. No bookings for food. 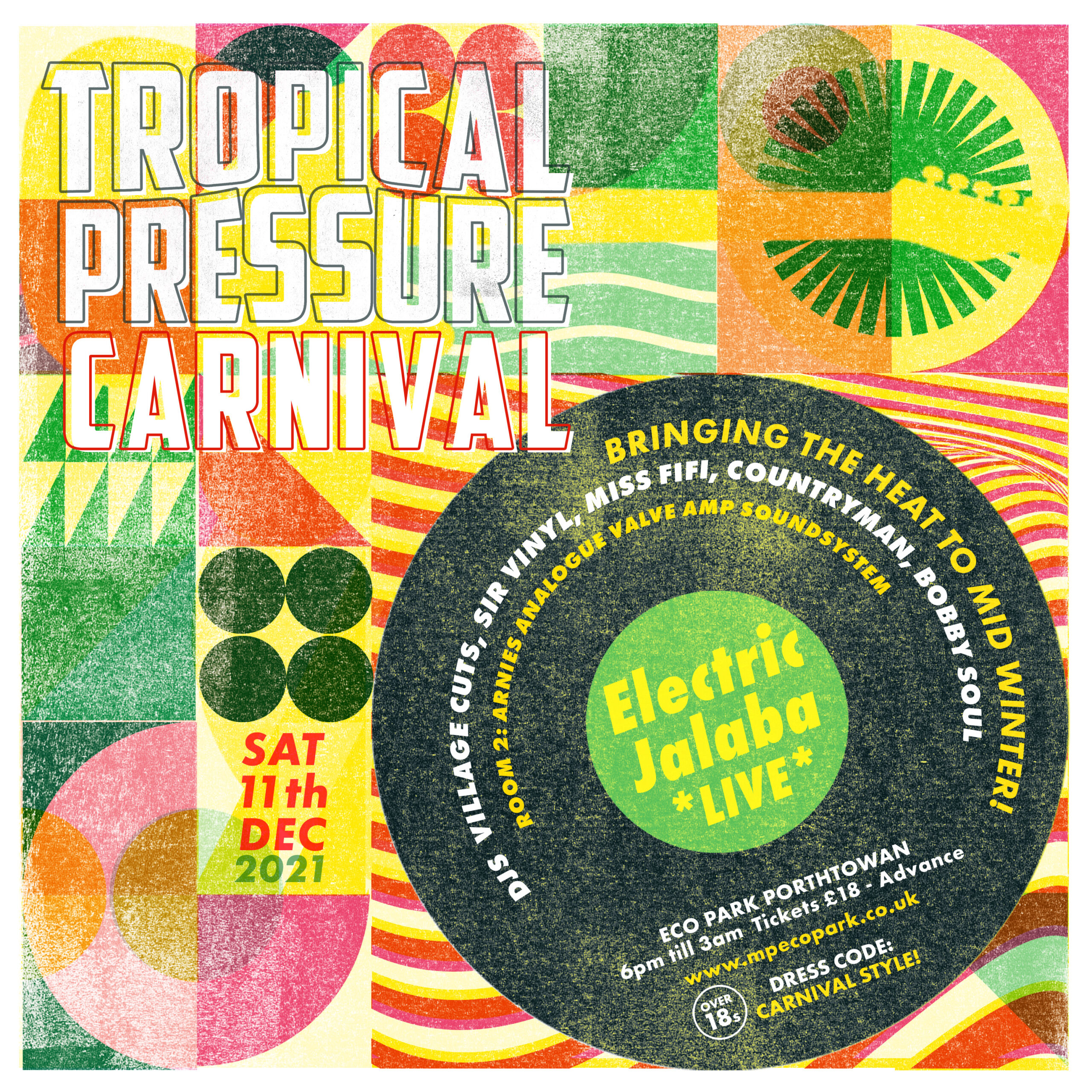