Everything you need to know about Kel Assouf

With under a week until Kel Assouf hit the Eco Park stage for their only UK gig south of Bristol. We have put together everything you need to know about the band.

Kel Assouf means both ‘nostalgia’ and ‘son of eternity’ in Tamashek, the language of the Sahara nomads. In 2006 the group gathered around exiled Nigerian musician Anana Harouna. With one foot in the desert and the other in Europe, Anana Harouna sings about
Sahara, Niger and Brussels. His short phrases similar to Japanese haiku spread a message of peace and respect.

After the album Tin Hinane (Igloomondo 2010), he started working with Tunisian producer Sofyann Ben Youssef (Bargou 08 and AMMAR 808) creating a distinctive tradi-modern sound that is both heavy and hypnotic. With their album Tikounen (Igloomondo 2016) they turned into a heavy rock sound which bites of Led Zeppelin and Queens of the Stone Age mixed with African trance rhythms and Tuareg scales. 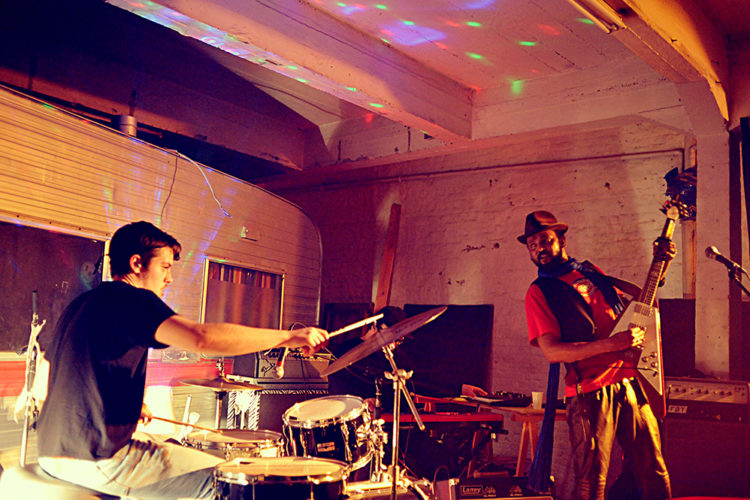 During summer 2017 Kel Assouf centered their efforts into an unconventional power trio. Drummer Olivier Penu and keyboard player Sofyann Ben Youssef – performing simultaneously moog bass lines and organ – support Anana Harouna’s vocals and
guitar. Right to the point, joy and authenticity. They have been working on a new album ‘Black Tenre’ the subject of the upcoming tour. 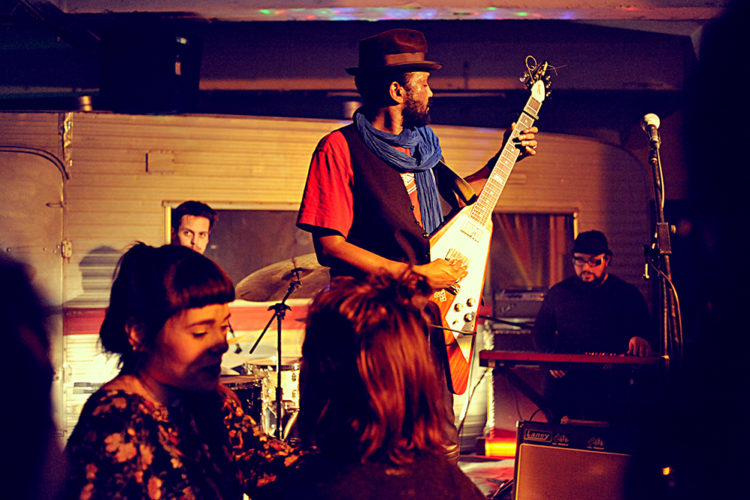 Black Tenere was produced by the band’s keyboard player Ben Youssef, who is himself a rising star as a producer in Maghreb music, at Stureparken Studio, a musician-owned recording studio in Stockholm.

Lyrically, Black Tenere deals with the fate of the Tamashek, an essentially stateless nomadic people who have been fighting for their rights since the days of colonialism. Today their traditional way of life is threatened by greed for the desert’s natural resources, a struggle only too familiar to many indigenous people the world over. The album’s lyrics pull no punches, confronting colonialism in opener “Fransa” and condemning the US in “America” while calling for resistance in “Tamatant”.

Want to hear from the band themselves? Check out this interview from Rhythm Passport > Here

Find out what the Guardian had to say about them >Here

Don’t forget Cabana Kitchen and Cafe will be open serving delicious veggie and vegan supper and support comes from Tropical Pressure DJS. See you all on the dancefloor!

Tickets and menu can be found >Here

In need of some rejuvenation? We have extended our

If you've stayed with us you'll know we have a cam

We have missed welcoming our lovely volunteers to