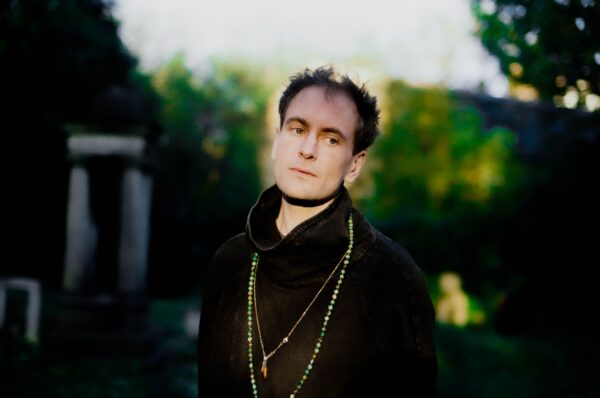 Alabaster DePlume is a lot of things—a saxophonist, a poet, an arranger, a social node in London’s jazz scene—but above all, he’s a person who wants you to treat yourself with more kindness, gentleness, and self-respect. On GOLD, his second album for International Anthem, he applies self-love like an exfoliant, scraping off the old skin of cynicism and exposing the clean and vulnerable surface below. He is, as he says multiple times on this record, “brazen, like a baby,” and while that means the Mancunian musician born Gus Fairbairn is often agog at the fresh beauty of the world, it also means he’s uniquely attuned to its difficulties.

The Mancunian saxophonist and poet’s warm and wise album is a balm of spoken word and spiritual jazz, both strangely uncomfortable and strangely comforting.

London and Manchester based spoken word artist, writer and saxophonist Angus Fairbairn AKA Alabaster dePlume made his Lost Map debut with the release of the postcard single, ‘Be Nice To People’ in October 2017. The track is a peculiar, atmospheric, righteous and suitably intriguing introduction to Angus’s wonderfully uncategorisable output spanning the realms of performance poetry and folk and jazz music, described as “cheerfully uneasy” listening and “totally unique… very, very brilliant indeed” by BBC Radio 3’s Max Reinhardt.

With support from Yama Warashi – London based Japanese artist. Her music has a dreamy evocative sound with a shadow of moon cake, inspired by Japanese folk dance music, Bon Odori, free jazz and African music with a slice of electric psychedelia.