Mount Pleasant Eco Park are excited to welcome Michael Messer’s Mitra who fuse country blues with Hindustani music, showcasing the splendour of the slide guitar and the talent of three extraordinary musicians.

The Eco Park is proud and superbly excited to welcome Michael Messer’s Mitra to the amphitheatre for a family friendly open air gig on the Cornish Coast LIVE on Thursday 8th August 2019. 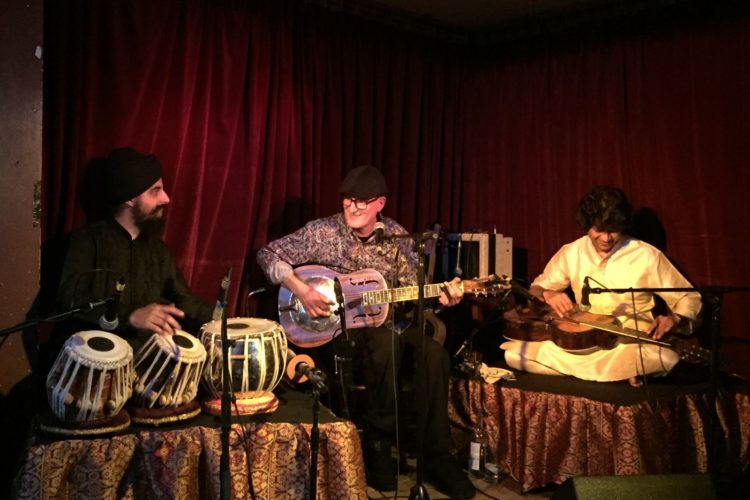 Mount Pleasant Eco Park is situated on 42 acres of outstanding countryside with views to the stunning Cornish Coast. The ideal location for a family friendly live performance, vegetarian barbecue and camping. After another successful Tropical Pressure Festival, the festival vibes linger on at the Eco Park with yet another outstanding world music booking bringing culture and diversity to the county.

This is more than another meeting of musicians from different cultures, this is a band with a successful album and its own unique sound; an exhilarating and highly accessible fusion of Blues and Hindustani classical music. With vocals, slide guitars and tabla, these three musicians from opposite sides of the globe create a fascinating musical journey, running from the banks of the Mississippi, via London to Mumbai and the Ganges delta.

The album, Call Of The Blues, was released in 2016 and was immediately picked up by the blues, folk and world music media, getting worldwide radio airplay and press coverage in more than 40 countries and hitting #1 in the iTunes blues chart. Since the release of the album, Michael Messer’s Mitra have done six successful UK tours, including shows at London’s Bush Hall, London’s Green Note, Musicport Festival, Shambala Festival, and many of the UK’s leading venues.

This fusion filled with Eastern spice and magic is sure to get everyone on their feet, no matter what age they are!

A bit more about Michael Messer

Throughout his thirty year recording career, his music has remained individual and contemporary. Michael Messer’s reputation as an innovator of the blues and master of slide guitar is well known. 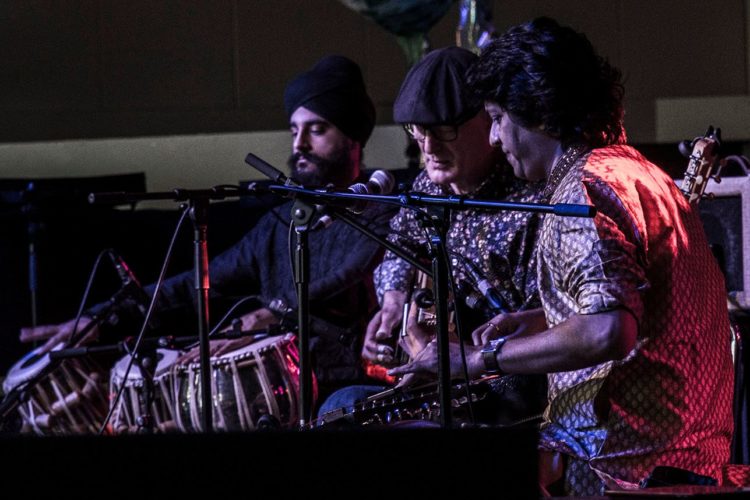 Being British with an international reputation for blues slide guitar is a rarity in itself, but Michael’s obsessive appetite for knowledge of his art is virtually unrivalled. His stunning slide guitar playing and superb vocals, ooze authenticity and integrity, and his use of turntables in the Second Mind Band marked him as one of the trailblazers of the 21st century blues sound.

Johnny Cash was a fan of Michael Messer’s music and wrote the liner notes for his 1993 album Rhythm Oil, a rare honour shared only with Bob Dylan on Nashville Skyline. Rhythm Oil was awarded Import Album of the Year, by the Austin, Texas, music press. Michael’s King Guitar album reached number one in the US Living Blues chart, and the American magazine Spirit has listed Michael Messer as one of the greatest slide guitarists ever, alongside Duane Allman and Ry Cooder. Michael’s album Second Mind won Best International Guitar Album of the Year, and he is included in the Virgin Encyclopaedia of the Blues.

Advance tickets for the Eco Park gig on Thursday 8th August are available online now at www.mpecopark.co.uk. Doors open from 6:30pm and Cabana Kitchen will be open, serving a delicious Vegan/Vegetarian barbecue on the night. Camping and glamping is available onsite.