Poet, producer, firestarter. Songwriter-MC, multi-instrumentalist-raconteur… Dizraeli is a
genre of his own. From building a frenzied underground following with his first band Bad
Science (1999-2008), through to his debut solo album Engurland (City Shanties) dropping in
2009 and then on to tour the world and record the acclaimed Moving In The Dark with
Dizraeli and The Small Gods, on the way collaborating with artists as diverse as Kae
Tempest, Jam Baxter and Eliza Carthy in his explorations of the crossover between hiphop,
folk, bass music and all between…and most recently releasing his solo masterpiece The
Unmaster, nominated for Album of the Year by Gilles Peterson in the 2020 Worldwide
Awards… Diz has always forged his own way.

His unswerving devotion to pushing the boundaries of lyricism and musical form has earned
him a bona fide cult status among those who know, and the raw honesty and humour he
brings to his writings on his own mental health, sexuality and the liberation of the human
spirit has drawn people together of all shades and ages around his work.

Wilder Allotment Kitchen will be open on the night serving delicious pre-gig vegetarian and vegan suppers.

*Please note – We do not send out paper tickets. Please keep your order confirmation email as proof of purchase. 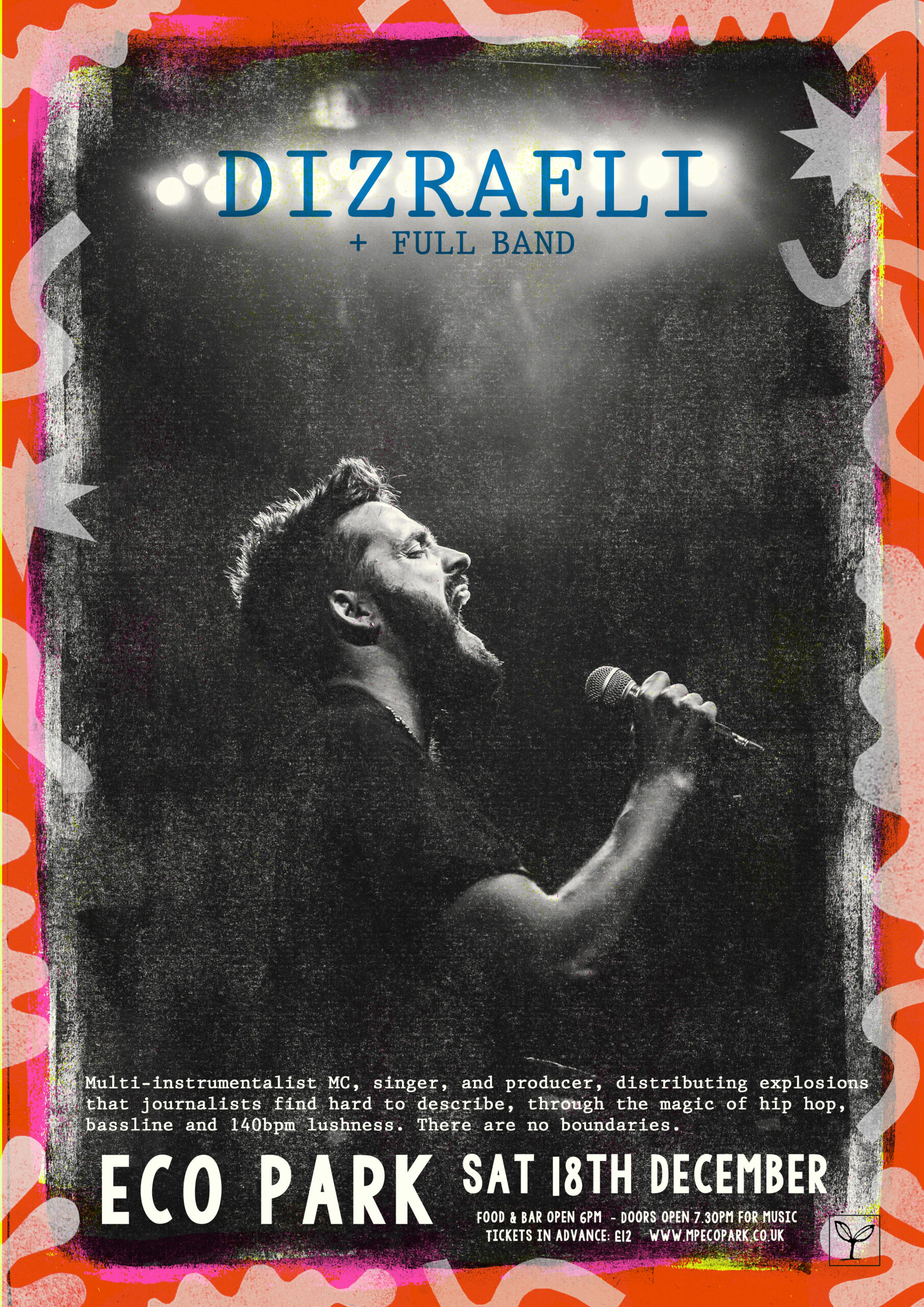