The Eco Park is proud and superbly excited to welcome the groove driven soul, jazz, dud, hip-hop and afrobeat of 10-piece outfit Nubiyan Twist to the Barn, LIVE on Friday 1st March. 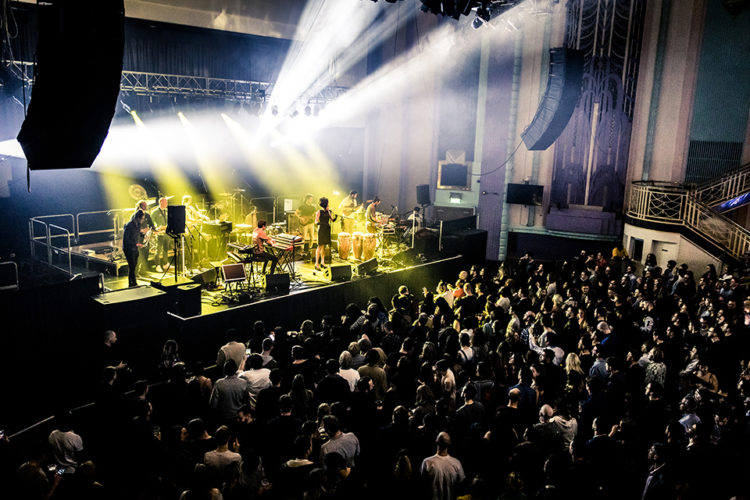 Nubiya Brandon has a honeyed yet assertive vocal style and a gift for seamlessly moving from Ndegeocello-style raps to smooth soulful melodies. But the other 9 musicians are more than just her backing band. Each complex, muscular, constantly shifting song has been designed to showcase the talents of every member, as gifted players, as well as sophisticated arrangers.

As a unit, the band channels Fela Kuti and Mulatu Astatke as much as they do Chet Baker, as the songs move along to the swing of 1970s afro-beat and the pain of classic jazz.

Their debut album received strong support across the Jazz, World music and Hip-hop scene, with support from sources as diverse as Huey Morgan, David Rodigan and Craig Charles. 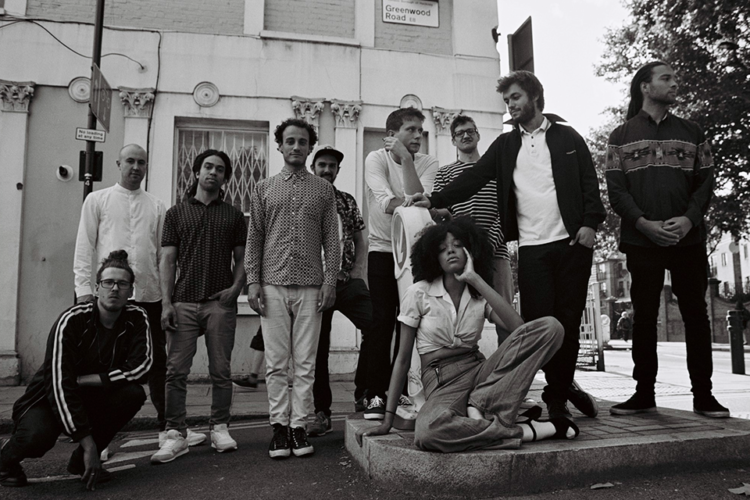 The band have performed on huge stages across the world, being chosen by David Byrne to perform at Queen Elizabeth Hall for the south bank’s Meltdown festival, selling out London’s iconic Jazz Cafe, and rocking festival stages from Fusion to Wilderness, Boomtown to Edinburgh Jazz Festival, with their powerful sound and unique blend of styles.

In November 2018, Nubiyan Twist take another major step, releasing their new album ‘Jungle Run’ through respected global music imprint Strut, perhaps their finest work to date. Nubiya said, “it’s a really important anthology on what we are as a group. We have changed so much in how we write melodically and the album track ‘Permission’ was a key moment in our progression. Living in London, I grew up experiencing a lot of racism and I noticed that it’s an inverted thing. Women project it onto themselves; girls want to change their hair, they want to contour their face and I don’t think that a lot of brown women realise how beautiful they are. Just be you!” 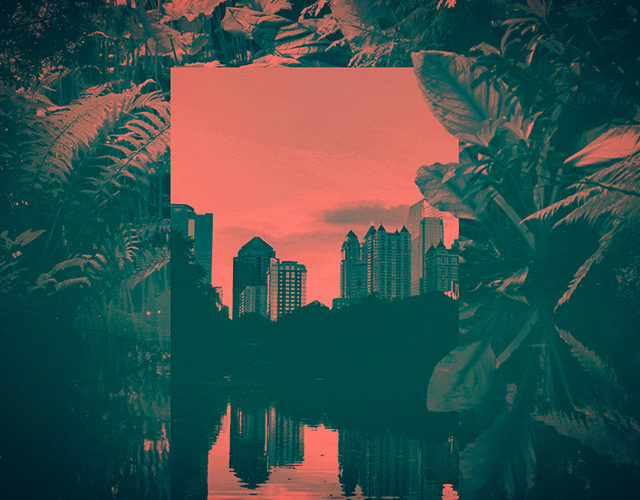 Title track ‘Jungle Run’ continues the theme as Nubiya sings of breaking preconceptions and promoting equality, “When you go to me, you should know my name, on this jungle run we are all the same.” Saxophonist Nick Richards vocals the killer first single from the album about inner turmoil and a search for the truth, ‘Tell It To Me Slowly’ while rising Ghanaian star K.O.G. (also appearing at the Eco Park in March) stars on the heavyweigh Afro jams ‘Basa Basa’ and ‘They Talk’. Percussionist Pilo Adami (Nina Miranda / Afrosamba) voices the infectious bossa-jazz jam ‘Borders’. The band also draft in two African legends for guest duties with the original Afrobeat maestro Tony Allen on the reflective‘Ghosts’ and Ethio jazz pioneer Mulatu Astatke contributing vibes on the sinuous ‘Addis To London’.

“I cannot start to express the depth of talent and ideas that every member of this group has brought to the table for this album,” says Tom Excell, the guitarist and producer who orchestrated the group. “From Nubiya’s uniquely beautiful tone and potent lyricism to Pilo’s knowledge of Brazilian music, from an array of virtuoso soloists (too big count on one hand) to Oli Cadman’s exquisite arrangement skills. As a producer / composer, I hope I have managed to craft something that tells our story as a band. Conceptually that is what ‘Jungle Run’ means to me, connecting different people and cultures whilst exploring the journey of individuals. This album is the pinnacle of everything we’ve done, and to join forces with the godfathers of Afrobeat and Ethio Jazz was just mind-blowing. It’s so humbling to collaborate with musicians that you’ve grown up admiring and be able to celebrate their musical lineage within a modern context.”

Get your ticket HERE